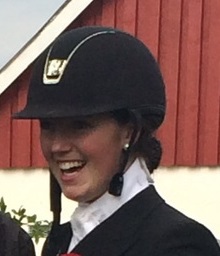 Looking for a perfect match!

How bold can you get? You don’t know until you have tried! Inspired by a young girl who advertised her grandmother on the net and with only a few weeks to my graduation, I thought I’d simply make a personal ad, here on my blog:

In the end of April 2016 I can offer the following qualifications:

Please take a look at me together with some lovely horses:

And now – Don´t hesitate – get in touch with me soon, and make an appointment for further discussions! Looking forward to hear from You on:

With hopes of a joint successful future!

Usually recognised with the helmet on …